When Meera Varma was a junior at Burbank High School, she began to have debilitating panic attacks that left her feeling exhausted, embarrassed and terrified to go to school. Crippling depression followed and she knew she had to tell someone outside her family. 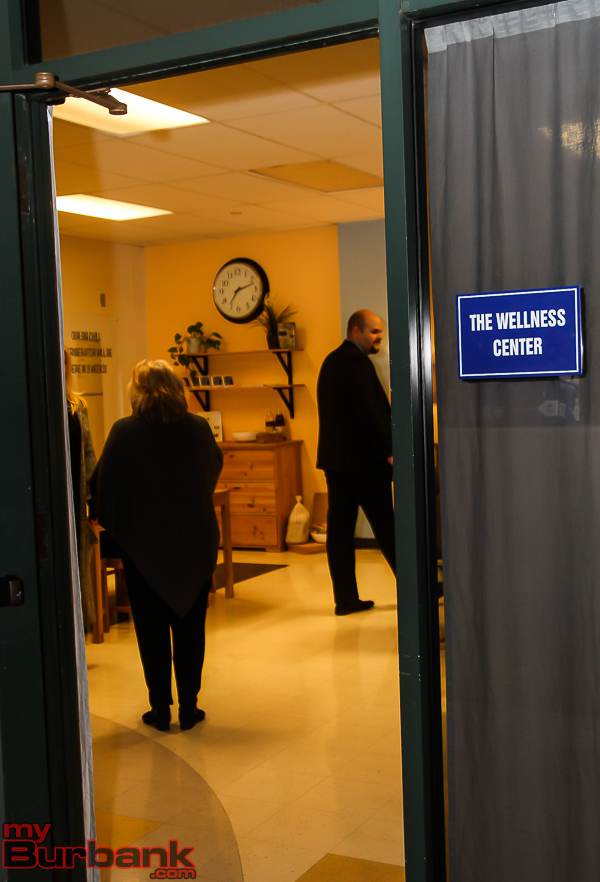 “My peers and I didn’t talk about mental health much,” says Varma, “However, I always recognized in them a sense of anxiety, stress and an overwhelming pressure to do well.”

Varma first visited the Student Care Center (formerly called the Wellness Center) at school shortly after Family Service Agency opened the space during her sophomore year. “At first I was nervous to seek help and feared a lack of confidentiality,” she explains, “But over time, I got over that fear and realized that the professionals at the center are there to help me and will not share any information without my consent.”

Varma was impressed with the staff at the Student Care Center and their active efforts to help those needing guidance and support. By the time she was a Senior, she visited the Student Care Center at least once a week. “My teachers understood that I was struggling with severe depression that was extremely debilitating,” Varma says, “They all fully supported me being able to go to the Center without seeking permission. It was understood that if I left class arbitrarily, I was going to seek help at the Wellness Center.”

Burbank High School Principal Mike Bertram recognizes the importance of self-referrals by students. “One of my strongest beliefs in how we treat students is to give them independence,” he says, “I think having the access and not standing in their way gives them the freedom to self-advocate and to take advantage of the resources we provide.”

Bertram says his staff is supportive. “All the students have to do is say something to someone and they get directed toward the Center. “ He sees students making meaningful connections with staff as well as young people looking out for one another and encouraging friends to seek help.

Therapy has helped Varma appreciate the small things in life that make her happy. “I see now that life comes in waves and that I have to learn to ride those waves,” she says, “I now realize my worth, potential, significance and the impact I have on those in my life.”  This week she begins her freshman year at UCLA where she is studying psychology and will be continuing with her therapy. 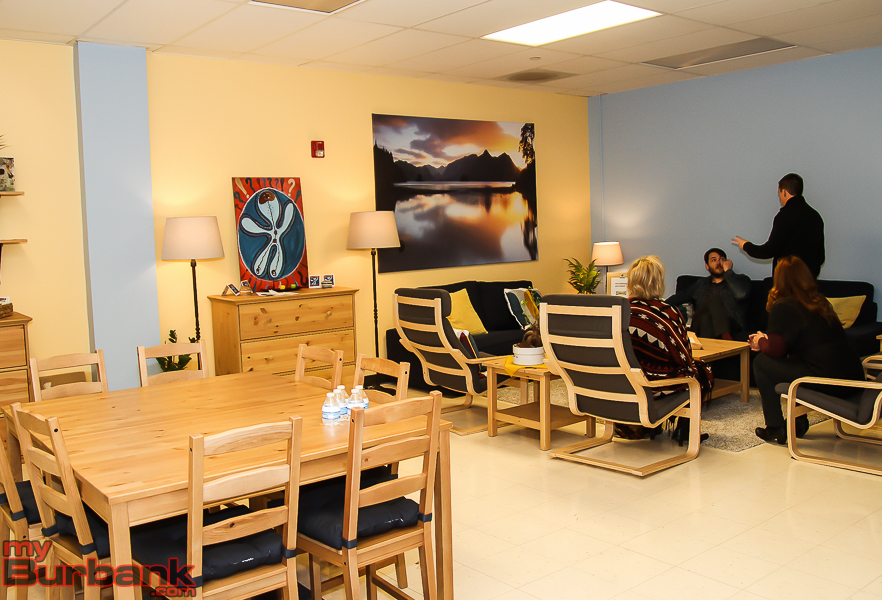 She hopes all students at her former High School recognize that they are not alone. “I know how difficult it is to open up to someone and be put in that position of vulnerability, but there are people who care about you and love you for you,” says Varma, “The Student Care Centers have people who can support you. It is never shameful to ask for help.”

Family Service Agency opened the Student Care Center at Burbank High School in 2016 as part of a partnership with Burbank Unified School District and the City of Burbank. “The idea for the Student Care Centers was over a decade in the making,” explains FSA Executive Director Laurie Bleick, “And when Michael Bertram called and said, ‘I’ve got a room’ our agency worked quickly to turn that vision into a reality.”

FSA opened a second center at John Burroughs High School in 2017. Since the start of the 2018-2019 school year, as many as 15-20 new students are visiting each center every day.

Bleick and Bertram recently toured the two centers with a group of educators from Santa Clarita. “Burbank High was one of the first schools to open a Student Care Center on campus,” says Bertram, “But now they are popping up in schools across California with many districts looking to emulate our model.”

Students are never charged for the services at the school sites. If a young person walks into a Center on campus and it is determined that they need further support at FSA, they can get help for as long as they need it. “So far our resources have allowed us to provide additional therapy whenever it is necessary,” says Bleick, “While that is not part of our school-based service contract, it is just what we do as our commitment to Burbank’s families.”

The Centers are a small but important part of the agency’s work with the young people in Burbank’s public schools. FSA has separate contracts with BUSD to serve the social and emotional needs of special education students, as well as foster and homeless youth.

FSA’s school-based counseling services alone have an estimated clinical value of over $2 million annually. Each year, BUSD invests approximately $130,000 toward the partnership while the City of Burbank contributes $245,000 and FSA raises an additional $175,000.00 each year to help fund the programs. During the 2017-2018 school year, FSA’s 50 school-based therapists provided 12,000 hours of clinical and psycho-educational services at all 19 BUSD campuses.

“In Burbank, we are very fortunate to have a strong partnership with the Family Service Agency, the City of Burbank, and the Burbank Unified School District,” says BUSD Superintendent Dr. Matt Hill, “By working together, we ensure the children of Burbank receive the care and support they need to meet their mental and emotional needs.”

Under Hill’s leadership and with the support of the School Board, BUSD now has a Wellness Department working with district staff to diminish the barriers to mental health services for students, staff, and families. Their goal is to increase awareness and accessibility while reducing the stigma associated with mental health issues.

With FSA staff on call 24/7, there is no time barrier in getting support when needed. “Our strong, committed collective of therapists are always on hand to do whatever is needed to help young people in Burbank,” says Bleick.

Depending on the age of the students, the issues therapists visiting BUSD campuses confront include everything from family difficulties, divorce, peer challenges, dating violence, bullying, transitions, substance use, and abuse, learning disabilities, and suicide. They try to focus on prevention through education. 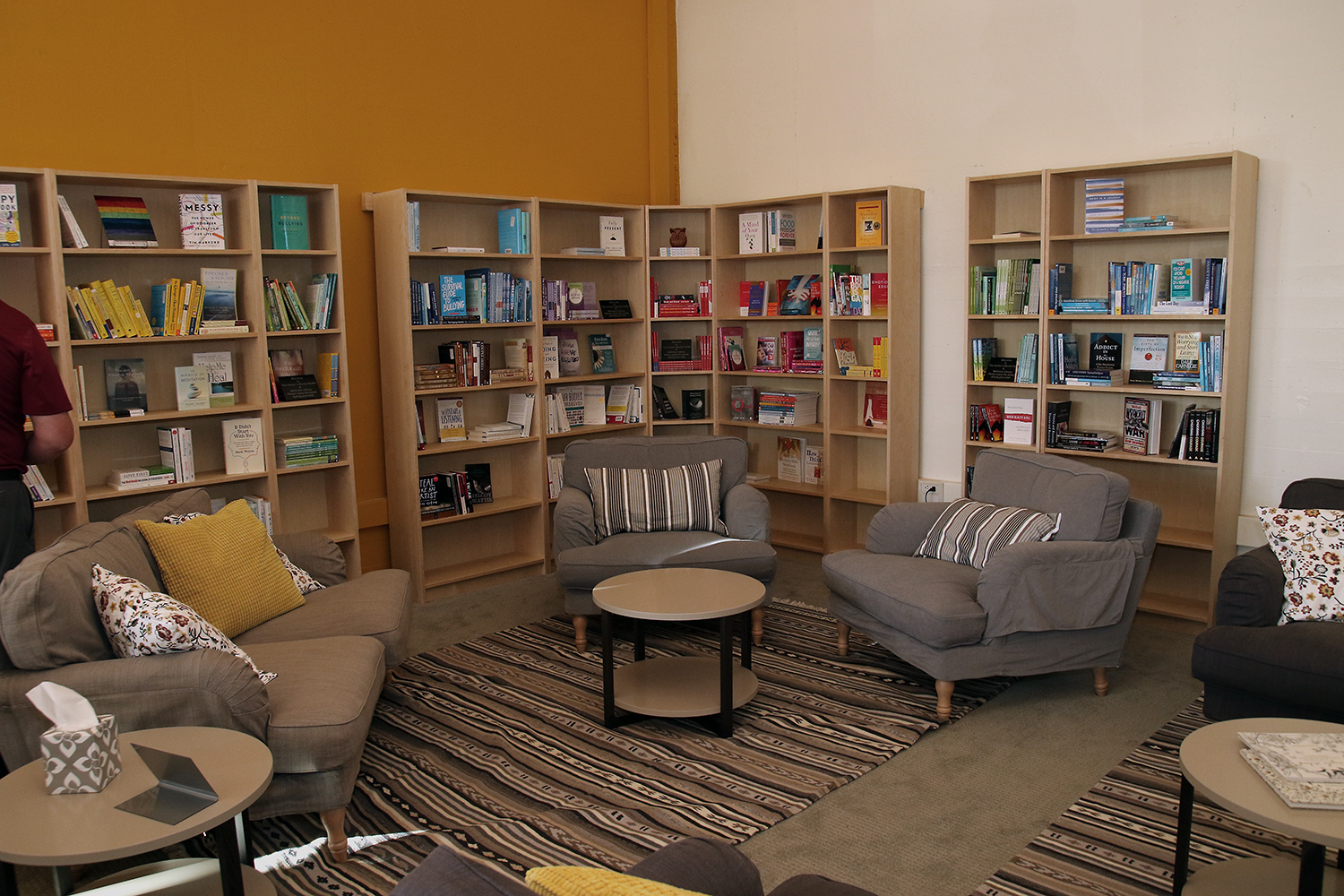 One member of the FSA team is Ginny Goodwin, Director of School-based Counseling Services, who helped launch the Elementary counseling program in 2008. “Initially parents were suspicious and there was the stigma surrounding the need for a therapist,” says Goodwin, “They would ask with concern ‘Why was my kid referred?’ and I’d have to explain that we were only there to help.”

Today she finds that parents are grateful for the support. “Parents are raising their hands and saying, ‘Pick me! When can we start?’” says Goodwin. “We’ve developed a relationship with the school community that is one of care and camaraderie.”

Building that bridge in the relationship with a family is Goodwin’s favorite part of her job. “People are more open because they know we may have an answer or an idea about something that may help them or their family,” she explains, “It is a privilege to be part of the process as people’s lives are mended and healed.”

“I think parents and children feel cared for. It’s like a warm blanket and they know they can trust our confidentiality.” And the best part according to Goodwin? “We get to see the results afterward.”

“I have been referring students and families to FSA for over twenty years,” says Hallie Fleishman, school counselor at Jordan Middle School. Her experiences in the trenches of with Middle School students have evolved in the past two decades as stresses on students and societal pressures have increased. Some can be directly attributed to social media. “Kids can’t get away from it and can’t stop themselves from looking at it. There is no longer a refuge,” says Fleishman.

She estimates that 30% of Jordan’s population is dealing with challenges ranging from homelessness, family illnesses, custody issues, neglect, and physical or verbal abuse. Her office also helps students with interpersonal, social, emotional, academic, career and college counseling along with crisis intervention.

“At least once a month we have a student attempt suicide,” says Fleishman.

“If the student is already a client of FSA, we seek help from the agency in determining lethality. If the child is not a client, we ask the parent or guardian if they want a referral to FSA for support.”

“We have kids dealing with grief and the loss of parents,” says Fleishman. Beyond suicidal ideations among kids, some young people also have to deal with the mental illness and challenges their parents are facing. “I have students who come into my office and tell me that their parent threatened to take their own life.”

Many students come into Fleishman’s office just to chat. They know her door is always open and behind it is an adult who cares. Other students are hungry and know she has a stash of granola bars. “You’d be surprised by how many young people in our schools are homeless,” she says.

Last year alone, Jordan counselors referred over 100 students to FSA and at least 50 went on to receive longer-term counseling. Fleishman is grateful to have the agency as a partner in the process. She wants all her students to have the tools to overcome their challenges and to be successful in school and in life. 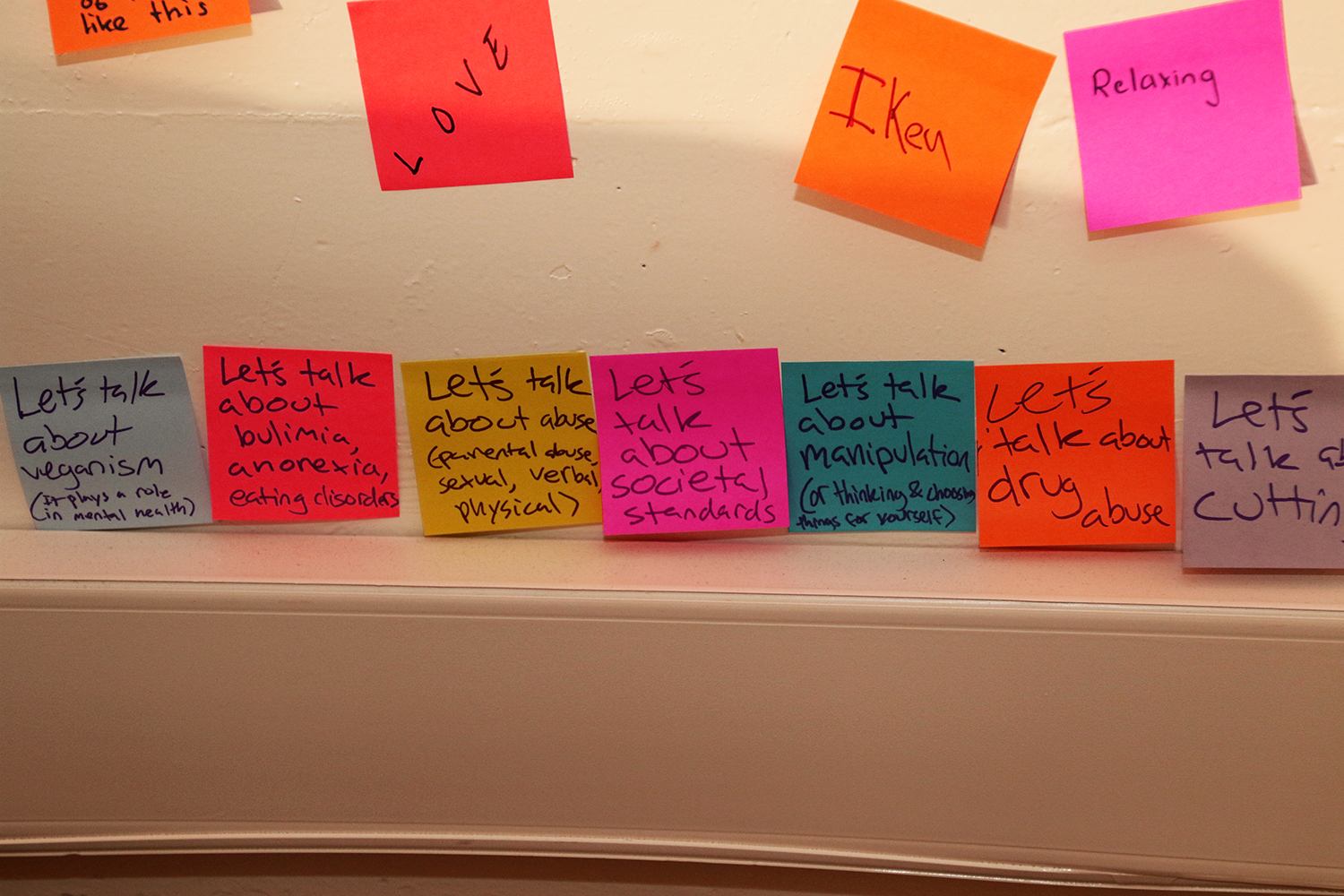 While listening to one young girl last year, Fleishman discovered the child was repeatedly

called stupid at home and had come to believe she was. “It was a self-fulfilling prophecy that caused her to act out at school,” says Fleishman, “It is hard for teachers to know what baggage kids come to school carrying that leads them to behave in disruptive ways.”

A child in that situation will not have the support from home to seek help at FSA, so Fleishman is grateful that FSA therapists come into the schools to provide care.

“I feel confident that our services at the schools have impacted learning and behaviors as mental health services do improve performance,” says Goodwin.

For Varma, seeking help from the FSA’s therapists made finishing high school and moving on to college possible. “To this day, I owe them everything,” she says. “I never understood the capability one individual has to impact another person’s life until I decided to ask for help. Asking for help is by far the best decision I’ve ever made.”

Continuing the work that FSA provides in BUSD takes a lot of support. The community is invited to join FSA for their largest fundraising event of the year, the upcoming 65th Anniversary IMAGINE A CITY GALA on October 5 at the Burbank Town Center’s Outdoor Dining Terrace. Tickets are available at https://fsaburbankevents.org/